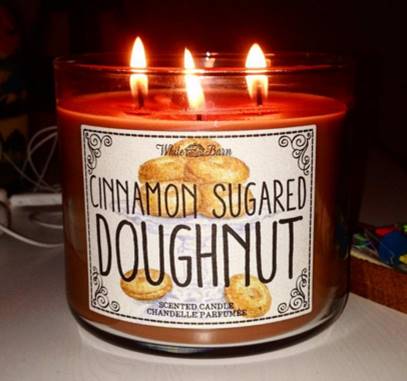 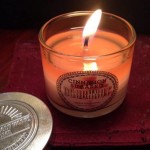 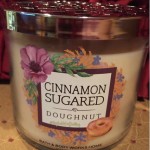 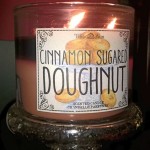 YouTube user CozyCandlelight posted a review of the Fall 2016 Bath & Body Works Cinnamon Sugared Doughnut Candle.  The reviewer said the scent was nothing special on cold, but transformed when lit.  She called the fragrance a  “doughy, greasy donut with sugar” similar to a churro.  The reviewer said there were problems with the burn, namely puny wicks.  In terms of scent throw, she rated it a “7 or 8”, but wished it was stronger since the scent was so good.  She ended the video by recommending the candle, but warned about her wick problems.

YouTube user MrKongsMom posted a positive review of the Bath & Body Works Cinnamon Sugared Doughnut Candle.  The reviewer began the video saying she liked the candle and called it more authentic than past versions.  She described the scent as a “greasy doughnut with cinnamon sugar” and said if you like the smell of doughnuts, you’d like this one. The reviewer went on to compliment the performance of the candle (good wax pool & flames). In terms of scent throw, she rated the candle an “8” and said it traveled well.

YouTube user Bevxoxocandles posted a review of the Bath & Body Works Cinnamon Sugared Doughnut Candle.  The reviewer gave this candle a try even though she didn’t like sweet, bakery scents.  She commented that the throw of the candle improved on the second burn and rated the strength as a “7”.  The reviewer called the scent “wonderful” and said it reminded her of “fried dough”, not so much a bakery scent.  She ended the video by recommending the candle for purchase.

YouTube user Care Bear Hugzz posted a review of the 2014 version of the Bath & Body Works Cinnamon Sugared Doughnuts Candle.  The reviewer said the scent description was accurate and called the fragrance a “sugary, sweet bakery scent with a touch of cinnamon”.  She commented that the throw was inconsistent, but got much stronger as the candle burned.  She did like the candle overall.

“This smells exactly like a cinnamon donut! Although I typically steer clear of sweet scents, I like how the spiciness of this candle cuts through the sweetness.” 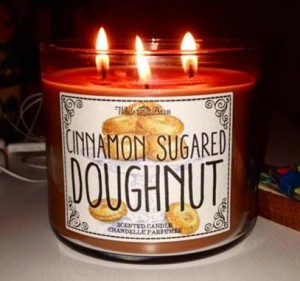