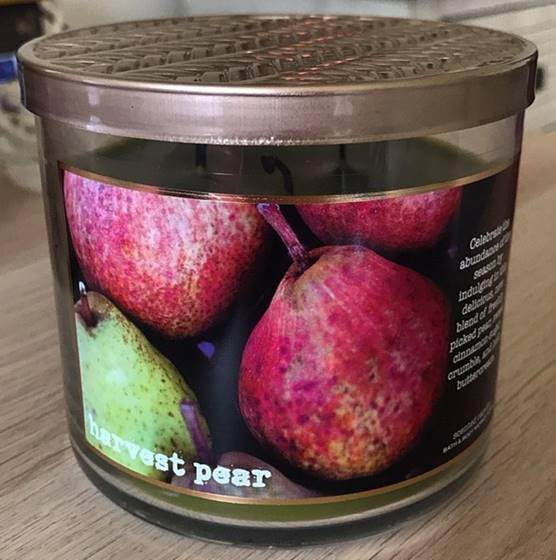 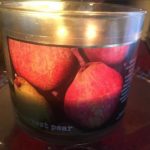 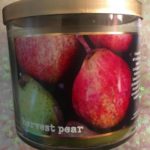 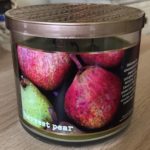 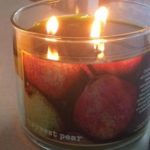 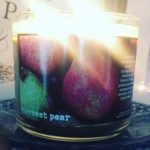 Popular YouTube reviewer Bren posted a mixed review of the Bath & Body Works Harvest Pear candle. The reviewer liked the scent on cold, but said the pear scent didn’t come through once lit.  She described the scent as a straight bakery/pie crust type candle and was disappointed with the lack of fruit.  In terms of scent throw & strength, the reviewer called it a medium, saying it was better in smaller rooms.  She ended the video saying she thought the candle was just average.

Youtube user For the Love Of posted a mixed review of the Bath & Body Harvest Pear candle.  The reviewer liked the scent, saying it was a moderately sweet candle that mixed a good pear note with a pie crust scent.   However, the reviewer had issues with the scent throw, rating it a 5/10.  She ended the video saying she liked the scent, but wouldn’t repurchase due to the lack of throw.

Candle Reviewer Hearth & Soul reviewed the Bath & Body Works Harvest Pear Candle.  The reviewer called the scent “good, not great” rating it a 6/10.  He described the fragrance as a “Pear Cookie”, saying it was a sweet/authentic pear scent mixed with a strong bakery note.  In terms of scent throw, the reviewer gave it a 6/10, saying it was a tad light compared to other Bath & Body Work Candles.  He ended the video saying he probably wouldn’t repurchase this product, but could see it as a good gift candle. 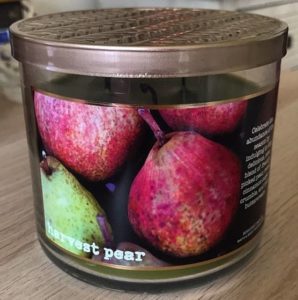