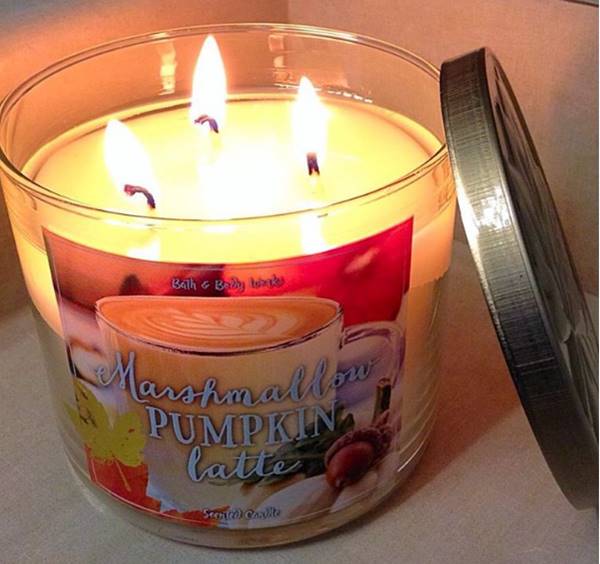 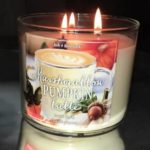 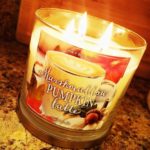 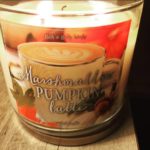 YouTube user Inenell posted a review of the Marshmallow Pumpkin Latte Candle.   The reviewer mentioned that the candle had a lot of notes, but mainly got marshmallow & “musk” (similar to a woman’s perfume). He went on to say there was no latte from the scent. In terms of scent throw, the reviewer rated it a “7/8”. He ended the video saying he liked the candle.

YouTube user Hearth & Soul posted a review of the Marshmallow Pumpkin Latte Candle.  For scent appeal, the reviewer gave it a “6/7” saying it was not his favorite.  He did not get any pumpkin latte notes from the scent, but got more musky & marshmallow. He said it smelled much like the Bath & Body Works body care. In terms of scent throw, the reviewer gave the candle a “7”. He did comment that he got some drowning wicks but that they corrected themselves.  He ended the candle saying he wouldn’t buy it again, but said if you liked the body care you would enjoy this candle.

YouTube user Bren posted a review of the Marshmallow Pumpkin Latte Candle.  The reviewer had some issues with the scent throw, commenting that she got very inconsistent results from multiple candles.  She said the throw settled in at “about a 4”. In terms of scent, she called it a “ginger sandalwood” fragrance that did not impress her when she did get a throw.  She ended the video calling the candle disappointing. 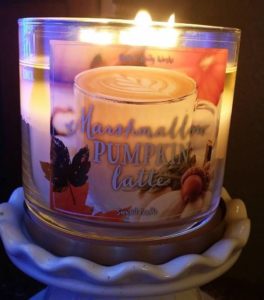 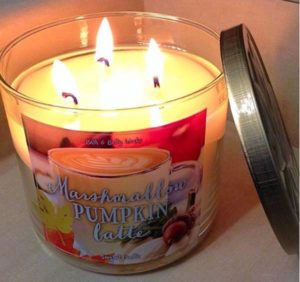