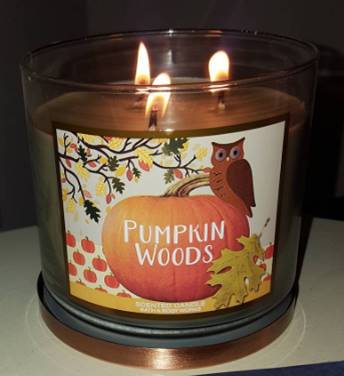 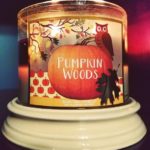 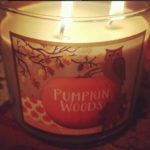 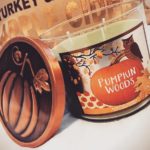 YouTube user 2GayDads posted a review of the Bath & Body Works Pumpkin Woods Candle.    The reviewer liked the scent, saying it was a “smoky balsam with some sweetness”.  He did not get any pumpkin notes from this candle.  In terms of scent throw, the reviewer gave it a “7” saying it wasn’t overly strong.  The reviewer did have issues with puny wicks.  He ended the video saying he liked it, but wouldn’t rush out to buy it again.

YouTube user Hearth & Soul posted a review of the Bath & Body Works Pumpkin Woods Candle.  The reviewer began the video saying the performance of the candle was bad, with floppy wicks & tunneling. He rated the scent appeal a “5”, describing the fragrance as a diluted balsam & clove.  He went on to say he didn’t care for it. In terms of scent throw, he rated the candle a “7” saying it was enough.

– BestofCandles.com: read review
“This smells mostly like balsam tree. There’s a bit of cedar wood added and a tad of a smokey cinnamon note underneath, but it’s mostly a very green balsam fragrance.” 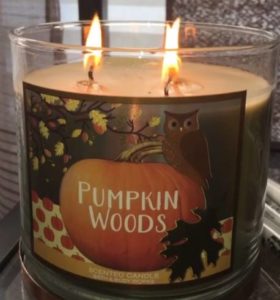 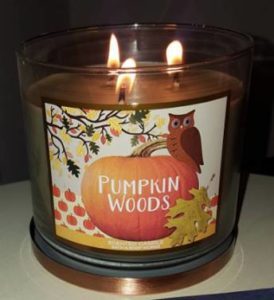