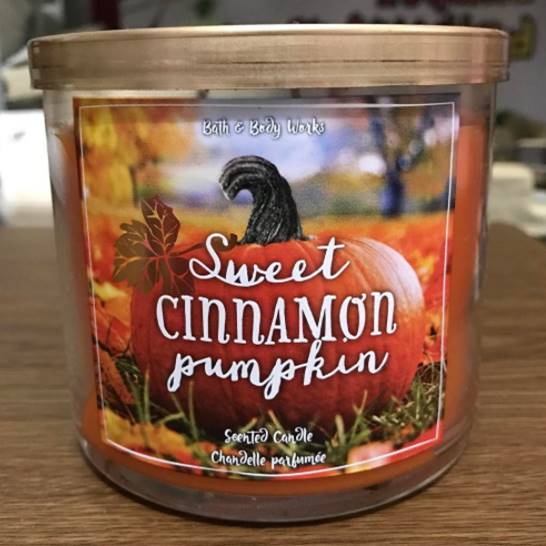 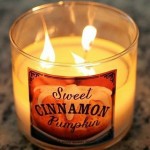 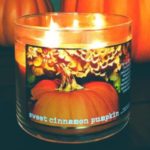 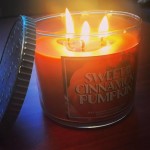 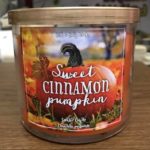 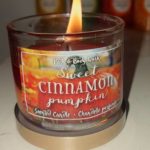 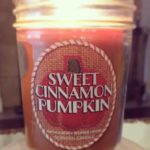 Popular YouTube reviewer AZ4Angela posted a review of the 2013 version of the Bath & Body Works Sweet Cinnamon Pumpkin candle. The reviewer liked the scent, but was disappointed that there was no pumpkin note in the candle.  She called it a sweet cinnamon candle fragrance.  She did compliment the burn performance & scent throw from this candle.  The reviewer ended the video saying she recommended the candle, but warned there was no pumpkin and the name was misleading.

Youtube user LittleBalladeer posted a positive review of the 2013 version of the Sweet Cinnamon Pumpkin candle.  The reviewer loved the scent, complimenting the pumpkin puree note mixed with the cinnamon.  She described the fragrance as a pumpkin pie scent without the bakery note.  In terms of scent throw, the review called it “amazing”, saying it was very strong.  She ended the video by recommending the candle for purchase.

Candle Reviewer Hearth & Soul reviewed the 2016 Bath & Body Works Happy Halloween candle, which is a repackage of Sweet Cinnamon Pumpkin.  The reviewer said there was no pumpkin in this scent, just a lot of clove and some “red hot cinnamon”.  While he did say the burn performance & scent throw was good, he did not recommend the candle for repurchase.

“This candle is amazing! The smell is awesome. It’s not an extremely loud candle or sickly sweet. It is definitely a spicy candle. The cinnamon is the top note for sure. It’s very festive. I think it fills the room and hallway quite nicely.” – Amazon.com Review 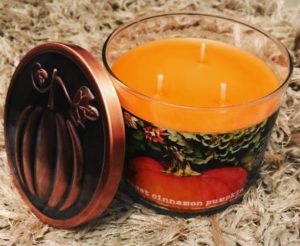 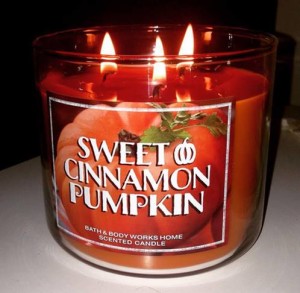