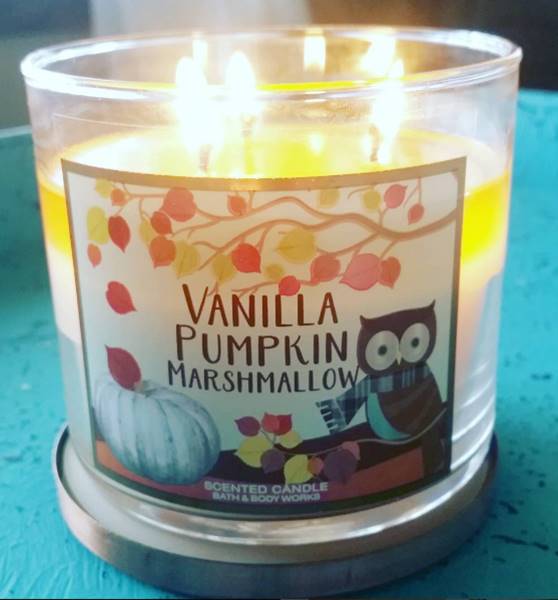 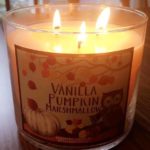 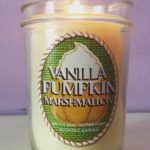 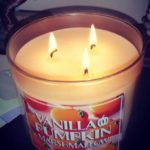 YouTube user Tinadivalicious posted a review of the 2016 Vanilla Pumpkin Marshmallow Candle. The review did not like the candle saying the scent throw & performance were very disappointing. He compared it to Vanilla Bean Marshmallow with a bit of pumpkin spice, going on to say that it was an “ok” scent.  In terms of scent throw, the reviewer gave it a “2”, saying this year’s version was very light and did not travel.  He also said the candle had a slow burn & problematic wicks.

YouTube user Hearth & Soul posted a review of the 2015 Vanilla Pumpkin Marshmallow Candle. The reviewer gave the candle a scent appeal of “6 or 7”, calling it very similar to the Vanilla Bean Marshmallow. He failed to get pumpkin and got very little marshmallow, saying the scent was more a buttery vanilla cookie. In terms of scent throw, he called it average, rating it a “5 or 6” 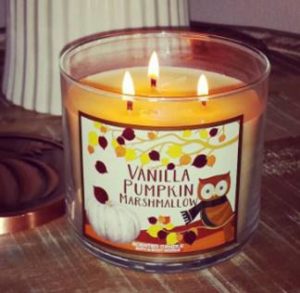 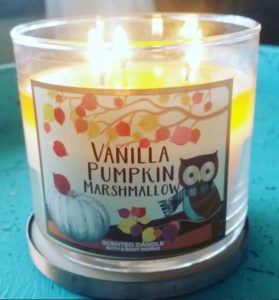