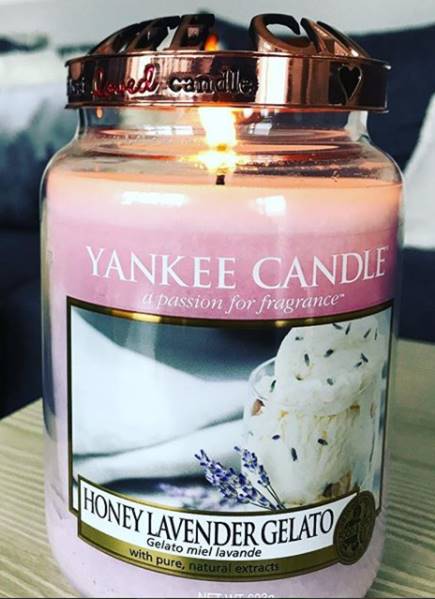 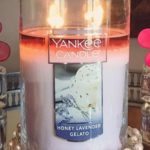 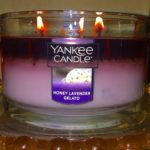 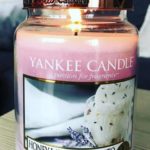 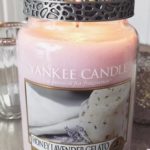 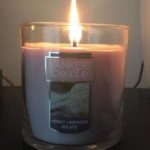 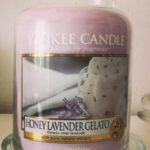 What Others are Saying about the Yankee Honey Lavender Gelato Candle

YouTube user CandleDancer posted a negative review of the Yankee Honey Lavender Gelato Candle.  The reviewer started the video saying lavender candles were her favorite, but she failed to get any lavender from this candle.  She stated that the fragrance was a light berry cream scent. In terms of scent throw/strength, the reviewer said there was “zero throw” which was a big disappointment.  The reviewer didn’t think she would be repurchasing the candle in the future.

YouTube user Always Being Belle posted a mixed review of the Yankee Honey Lavender Gelato Melt Cup.  The reviewer thought the scent was nice, saying it was perfect for a spring fragrance.  She got notes of “lavender buds”, honey & berry.  The reviewer did mention that the lavender note diminishes once lit.  When burning, the berry & honey notes are more prominent.  In terms of scent throw, the reviewer didn’t think it was strong, saying it would be better in smaller rooms. She mentioned the fragrance did not do well in her larger rooms.  She ended the video saying a melt cup or tart would be the way to go with this scent, and thought it would be worth the purchase if it were on sale.

YouTube user Jazzy Wicks posted a negative review of the Yankee Honey Lavender Gelato Large Jar
candle.  The reviewer began the video saying she was very disappointed in the candle.  In terms of scent throw, the reviewer said it was a “4/10 at best”.  She was not able to get any honey or cream notes, calling it a “weak lavender” scent.  She ended the video saying she would not repurchase this candle.

BestofCandles.com called the scent of Honey Lavender Gelato both “lovely” & “different”.  The review did not speak to the scent throw from this candle.

“I don’t know what it is about this scent but something about it just seems off. I tried melting this a few times, maybe the first time I just wasn’t feeling it but every time after I just didn’t like it. It doesn’t have a very Lavender scent or a very Honey scent either! I’m not exactly sure WHAT this smells like but it certainly doesn’t smell of either of those scents!” – Amazon.com Review 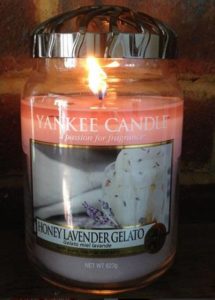 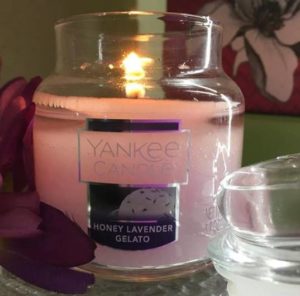