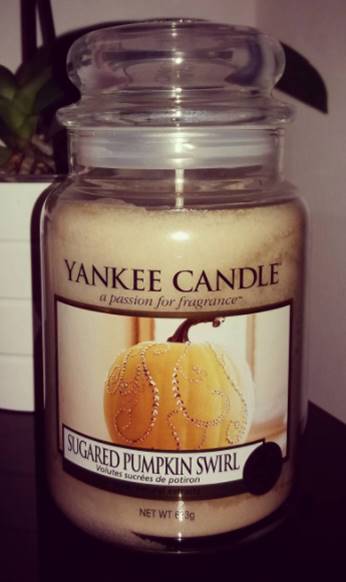 The Sugared Pumpkin Swirl candle can be purchased on the Yankee Candle Website at the following link. 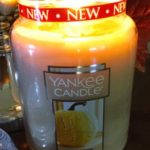 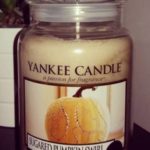 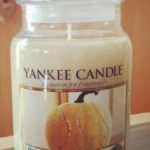 YouTuber Hearth & Soul posted a video review of the Yankee Sugared Pumpkin Swirl Candle. The reviewer said it reminded him of Yankee’s Sugar & Spice mixed with Pumpkin Frosting.   He got notes of pumpkin, a bakery cinnamon & brown sugar.  He liked the scent, but said it was weak.  In terms of scent throw, the reviewer gave it a 4 out of 10, saying it was weaker than expected.  He got a strong scent on cold, but it didn’t translate once lit.  He ended the video saying it would not be a repurchase for him.

YouTube reviewer Nuts About Candles posted a video review of the Yankee Sugared Pumpkin Swirl Candle.  The reviewer began the video saying he was impressed by the candle.  He raved about the scent throw & strength produced by the candle, rating it an 8-9 out of 10.  The reviewer liked the scent, saying he got an “authentic” pumpkin note from the scent, balanced with sweet/bakery notes.   He did have some problems with the burn, saying it wasn’t the cleanest burning candle.  He ended the video saying he would repurchase the candle in the future.

BestofCandles.com noted that the Sugared Pumpkin Swirl candle was heavy on the spice notes including cinnamon, nutmeg & clove.  The review went on to say there was a light sweet note underneath the spices.

The Yankee Candle Sisters posted a positive review of the Yankee Sugared Pumpkin Swirl wax melt.  The reviewers graded the scent as a “B+” describing it as a “pumpkin puree with cinnamon and honey”.  They also gave high marks for the scent throw, rating it an “A-“. 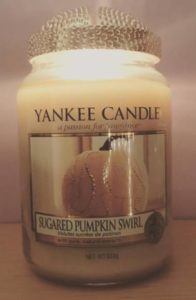 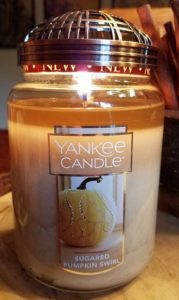